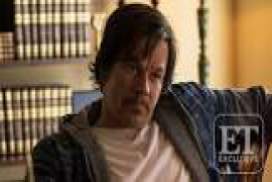 It follows the life of Father Stuart Long, a boxer who became a priest who inspired countless people on his path from self-destruction to reconciliation.