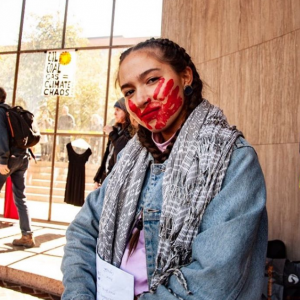 [show_more more=”Read Bio” align=center color=”#3f7e45″] Esperanza Soledad Garcia considers herself a human being first and foremost. Esperanza is an 18-year-old Xicana woman, who draws inspiration from her grandparents and their work as the campesinos, the water protectors, Brown Berets, the botanists and survivors. Esperanza has been active in her community since highschool, working with Al Frente Del Lucha, YAALL (Young African American & Latinx Leaders), the International Indigenous Youth Council and Earth Guardians Youth Council. A poet and artist, Esperanza’s purpose is to share her life stories, to unite people of all regions and colors. Esperanza is a Sustainable Architecture and Design student at CU Boulder and works with Designers Without Borders on campus. She has spoken at conferences and climate strikes, using her powerful voice to dismantle injustice and reclaim land sovereignty. [/show_more] 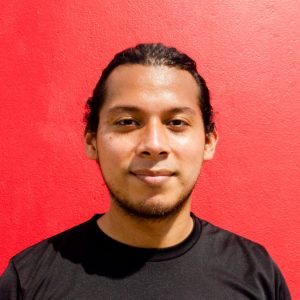 Tony is a young activist from Puntarenas, Costa Rica. He descends from the Chorotega and Huetar indigenous groups in Costa Rica. Tony’s family is immersed in a matrilineal model which prompted him to question gender inequalities from a very early age given that his national context tends to favor men over women.

Tony is currently pursuing a Master’s Degree at DePaul University in Chicago in Applied Diplomacy with a concentration on Migration. He recently graduated with a Bachelor’s Degree in Political Science and German from Luther College, Iowa.

Passionate about decolonizing academic and policy making structures, Tony got heavily involved in building a new academic curriculum for Luther College. Some of those efforts included mobilizing students, organizing public forums and petitioning directly to the reforming committee to include a variety of content focusing on black and brown and experiences and contributions, from Sciences and History, to Physical Education. In his years of college Tony led the International Student & Allies Association and Latines Unides, a student organization focusing on the authentic Latinx experience in the US and abroad. In those achievements, he sought to create a stronger sense of community while challenging the white structures of power in this context.

Tony was a Keynote speaker at the second Decorah Pride Parade in 2019 and has participated in a variety of panel conversations focusing on decolonization efforts, including an event for EarthHacks.io which featured youth leaders from Earth Guardians. Tony is fluent in Spanish, English, German and Italian. His enrichment by, and grasp of, language has been possible due to his interest in working with immigrant communities in Germany, Italy, the Dominican Republic,  Postville (IA), Tucson and Nogales (AZ). His work in this field ranges from assisting nutrition departments to translation services for asylum and refugee applications. 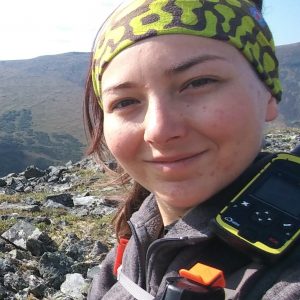 Geophysical and Geological Scientist [show_more more=”Read Bio” less=”close” align=center color=”#3f7e45″] Brooke Kubby is an avid hiker, caver, and nature lover. She has lived and traveled throughout what is currently known as Alaska, British Colombia, and the Southwest United States. After graduating high school from a small town in rural Arizona, she went on to earn a B.S. in Geology from Arizona State University in 2018. She then worked as a Cave Guide and Geology Intern for the Tongass National Forest in southeast Alaska, before working as a Natural Resource Managament Assistant at Coronado National Memorial in southern Arizona. In 2019, Brooke completed a solo hike of the Arizona Trail, which crosses the entire state of Arizona. Since 2016, she has participated in several protest marches and camps related to clean water and environmental justice, and is an active member of several local environmental and Indigenous Sovereignty activist organizations. She currently lives on the unceded lands of the Lower Tanana Dene people in what is now known as Fairbanks, where she is pursuing an M.S. in Geophysics from the University of Alaska. [/show_more] 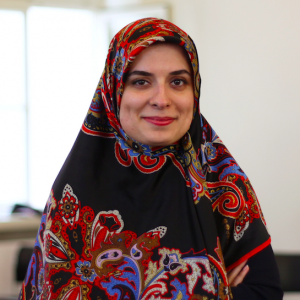 [show_more more=”Read Bio” align=center color=”#3f7e45″] Atieh Khatibi is an Environmental activist who has a bachelor’s and master’s degree in Environmental Science Engineering from the University of Tehran. She has worked on “Review the role of institutions in determining policy priorities for the sustainable management of wetland with the approach of wise use in one of the wetlands in the south of Iran for her master thesis.
She is interested in working on interdisciplinary areas related to environmental and legal issues. In this regard, she worked on the policy-making for sustainable management of one of the South of Iran’s wetlands, focusing on local institutions. Due to her interest in legal issues, she has recently held her second master’s degree in Environmental Law and currently pursuing a Bachelor of Law. Her research interests are Environmental law, climate change Law, Climate change adaptation, and nature-based solutions. She has worked as an intern at UNIC (United Nations Information Center) and UNDP, working as an assistant member in the “climate change vulnerability of wetlands” project. She is the founding member of ATAZIS (National NGO) and advocates youth and women mobilization through education. Recently she got the fellowship and worked as a project assistant in Adelphi organization, the climate change department in Berlin. She is a member of different working groups of YOUNGO, Adaptation working group being one of them.
[/show_more] 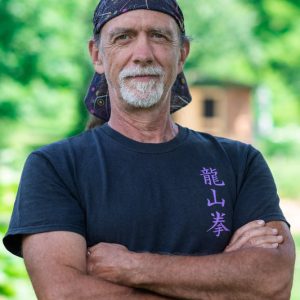 Sensei Aaron Hoopes is the author of Reconnecting to the Earth: Reclaiming Our Connection to Nature and Ourselves. He has spent his life cultivating a connection with the natural world and understands that people who care for their bodies and cultivate their minds are able to tune into nature more effectively. His other books include Perfecting Ourselves: Coordinating Body, Mind and Spirit and Zen Yoga: A Path to Enlightenment through Breathing, Movement and Meditation. He is a martial arts instructor with over 40 years of training and runs the Dragon Mountain Kung Fu school for children in the green mountains of Vermont. 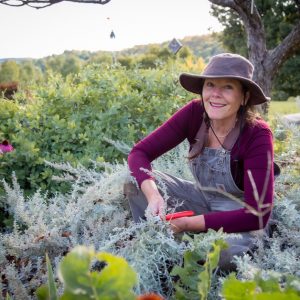