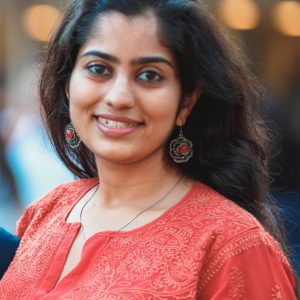 YOUNGO Global Focal Point, UNFCCC; Director, UmeUs Pvt. Ltd. [show_more more=”Read Bio” less=”close” align=center color=”#3f7e45″] Heeta Lakhani is a climate educator from Mumbai. She has a Masters degree in Environmental Studies & Resource Management from TERI University, New Delhi. She has been active at the local as well as international level since the United Nations Climate Change Conference (COP21) in 2015. Heeta is a firm believer in the power of the youth in grassroots as well as international processes and policies. She educates school students on climate change and aims to bridge the knowledge gap on climate science as well as international processes among the children in India, who are at the forefront of facing the impacts of climate change in the coming years. Through her work she aims to create change-makers who will take knowledge-based action in order to combat the climate crisis. She is the current Global Focal Point for YOUNGO, the official youth constituency of the UNFCCC. [/show_more] 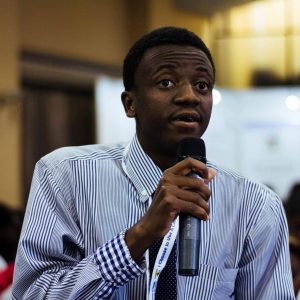 There he also forms part of the youth constituency (YOUNGO), Where he supports introductions and inductions of new members, following negotiations, and assisting interventions and youth positions.

Deon is also part of the Abu Dhabi Youth Voices of young activists working on climate change, previously they co- organized the first ever UN Youth Climate Summit. During the summit they organized sessions, set the agenda and formed part of the team to select 100 out of 7000 applications of global youth attendees. Deon is also very active at the regional level, forming part of the African Youth Climate Movement (AYICC) to further strengthen and build other synergies to advance the global and regional youth climate architectural framework.” At national level Shekuza is also a member of the National Climate Change Committee of Namibia (NCCC)Following and representing young people at the intersectoral committee. 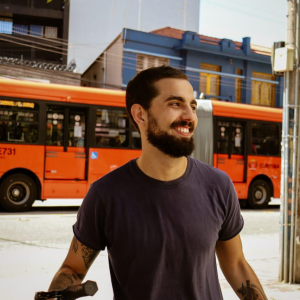 Co-Founder “Cicli”, Institutional Relations Director “Clima de Eleição” [show_more more=”Read Bio” less=”close” align=center color=”#3f7e45″] João Henrique Alves Cerqueira is a Brazilian climate activist. He was part of the Brazilian official delegations for UNFCCC’s COP’s 22, 23, and 24. In 2019,  he of the UN was one of the winners of the Green Ticket prize to participate in the Youth Climate Summit and Climate Action Summit at the United Nations headquarters. He is co-creator of the communication project on the climate crisis: “Cicli”, and works as Institutional Relations Director on the Advocacy Project “Clima de Eleição”, which is tackling climate in the Brazilian municipal election. He is also a fellow in the Social Good Brasil network, the UN’s Sustainable Development Solutions Network Youth Local Pathways program, and the Global Shapers Community at the Curitiba hub. [/show_more] 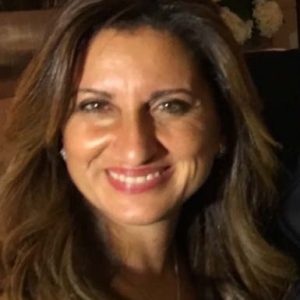 Randa Mounir is an environmental and climate change expert with over 25 years of experience in the fields of environmental management, consulting and working in private sector, and holds a Master’s degree in Environmental Engineering from the Imperial College of Science & Technology, London UK. She served as Senior Advisor to the Egyptian Minister of Environment, where she was responsible for international cooperation files addressing climate mitigation, sustainable development and environmental management. During her tenure at the Ministry, she also served as the Director of the Green Climate Fund, where she oversaw climate financing in Egypt and supported local projects that respond to the challenges of climate change and advance Egypt’s sustainable development. Currently, Randa is the Climate Change Policy Manager for the British Embassy in Cairo leading on Climate plan for COP26 and advising post on all Climate change and green projects in Egypt. Prior to moving to Egypt, Randa worked and lived in Canada, where her experience spans environmental consulting as well as multinationals with Schlumberger and Talisman Energy Inc. Having worked in North America, Japan, Europe, and the Arab world, Randa brings deep technical expertise and extensive exposure to international climate efforts home to Egypt. 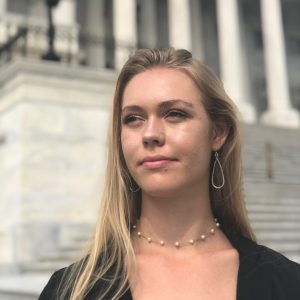 Marlow Baines is an 18-year-old from Boulder, Colorado and is the Youth Director of Earth Guardians. Born in Seattle, WA and raised in the mountains of Evergreen, CO she has an intrinsic and deep love and appreciation for wild, open spaces and places.

Working closely with Xiuhtezcatl Martinez and Tamara Roske, Marlow has been an integral member of the Earth Guardians National Council, Rising Youth for a Sustainable Earth (RYSE), and is honored to serve as Youth Director alongside Xiuhtezcatl. She previously served as Earth Guardians Global Crew Director, a role in which she actively connected with youth leaders across the globe about their initiatives and resource needs, while providing educational materials and support.

Marlow’s insatiable desire to learn, to deeply understand cultural issues, and to elevate the voices of her peers gives her the energy and the motivation required to balance school work with the work she does organizing at the local, state, national and international levels.

As youth representative for Earth Guardians, she has worked tirelessly to push back the frack in Colorado, attending countless Boulder City Council and Boulder County Commissioner meetings and state Senate Committee meetings, culminating in the successful passage of Colorado Senate Bill 181, which fundamentally changed the charter of the Colorado Oil and Gas Conservation Commission charter from one of “fostering the responsible development of Colorado’s oil and gas natural resources” to placing a priority on the health and safety of Colorado citizens, wildlife, and the environment through regulation and tighter local control, considered one of the most progressive in the nation.

Marlow has participated on youth organizing committees for Alliance for Climate Education, International Indigenous Youth Council, US Youth Climate Strikes, Fridays for Future, and Future Coalition and has collaborated with Zero Hour, Extinction Rebellion, 350.org, Our Children’s Trust, Colorado Rising, and others.

The Climate Strikes in late 2019 set records for youth turnout. Marlow was lead organizer for the Colorado Climate Strikes and emcee for the strike event on November 11th, 2019 where she was honored to introduce Greta Thunberg to an audience of over 15,000 primarily youth strikers. The event centered indigenous and frontline community youth sharing their experience and their solutions to the climate crisis.

Marlow has keynoted, spoken on panels, and helped plan youth programming at conferences across the United States including 1% for the Planet (Los Angeles, CA), Bioneers (San Rafael, CA), Earth’s Call and Earth X (Aspen, CO), Planet Home (San Francisco, CA), VERGE 2019 (Oakland, CA), and many others. Marlow has presented alongside Bernie Sanders and met with Speaker of the House Nancy Pelosi as one of the diverse coalition of youth demanding climate action from Congress. As part of the effort to bring awareness to the Youth Climate Strikes, Marlow was recently featured alongside 18 youth climate activists in the Facing Extinction campaign by Patagonia. 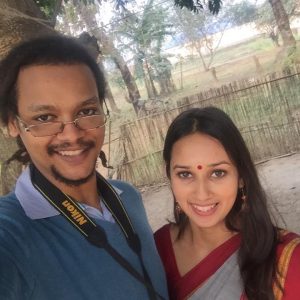 Founders: Akshar Foundation [show_more more=”Read Bio” less=”close” align=center color=”#3f7e45″] Parmita and Mazin are co-founders of Akshar Foundation, a non-profit based in Assam, India which has developed an award-winning education model that can transform schools into centers for sustainable development. [/show_more]